During the summer of 2010/11, the state of Queensland was ravaged by some of the most devasting flooding Australia has ever experienced. After years of crippling drought, flooding rains would isolate towns and tear communities apart. On the 10th of January, a deluge hit already saturated ground across South-East Queensland, with the epicentre being the Lockyer Valley region and the small town of Grantham.
– ‘Rising from the Flood: Moving the Town of Grantham’ blurb, Feb 2020, www.jamiesimmonds.com

Grantham is a small rural town located West of Brisbane in the Lockyer Valley. It was the single most devastated community following the 2011 Queensland floods, with lives lost and many homes destroyed.

Shortly following the floods, Deicke Richards was commissioned by the Lockyer Valley Regional Council (LVRC), in conjunction with the Queensland Reconstruction Authority (QRA), to co-lead the design of a new master plan for Grantham, through close consultation with the Grantham community and the Council.

DR Director Cameron Davies and other team members worked alongside Jamie Simmonds, LVRC’s Director of the ‘Strengthening Grantham Project’ providing strategic urban design advice and setting the foundations for a new vision for the residents of the town. Work began in February 2011, primarily involving community engagement and a series of Enquiry by Design workshops. These workshops enabled the voices of the community to be heard, documented and carefully considered, and for residents’ ideas to meaningfully inform Council’s planning. Grantham was declared a Reconstruction Area in March.

A key challenge was working sensitively with a community in deep distress, the experience of the natural disaster poignantly affecting their day-to-day lives.

“Many Council’s might have avoided an Enquiry by Design process in a situation so raw, but Lockyer believed it was really important,” explains DR Director Cameron Davies. “Even under stress, the community responded very well. It gave the residents ownership of the master plan outcome.”

The resulting master plan included a vision for the revitalisation of the existing town, new residential blocks and parkland for flood victims. It also included a “like-for-like”, unprecedented voluntary land-swap initiative, which allowed residents to relocate to higher ground, combined with significant investment in new community infrastructure.

“It felt as though the optimism provided by the relocation planning tangibly contributed to the town’s capacity to look ahead to recovery.” 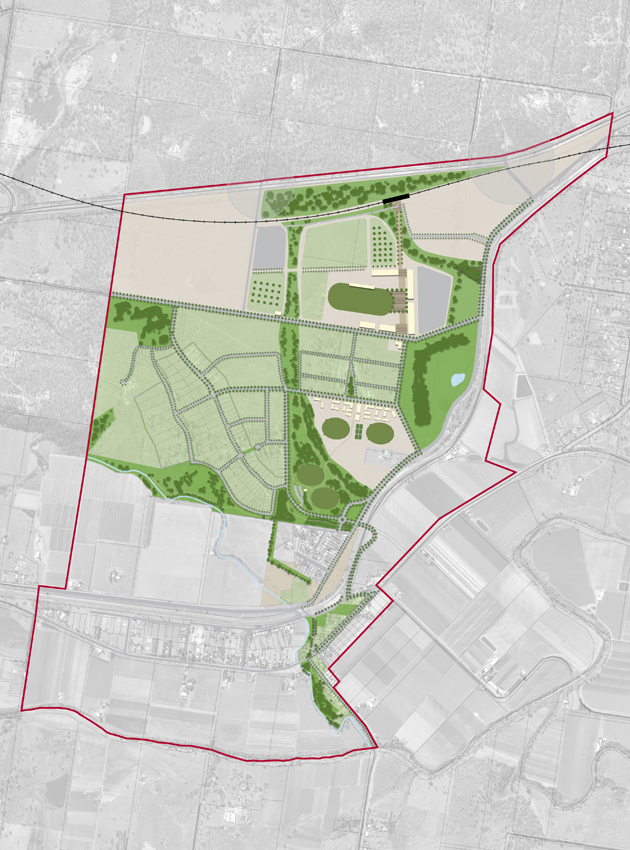 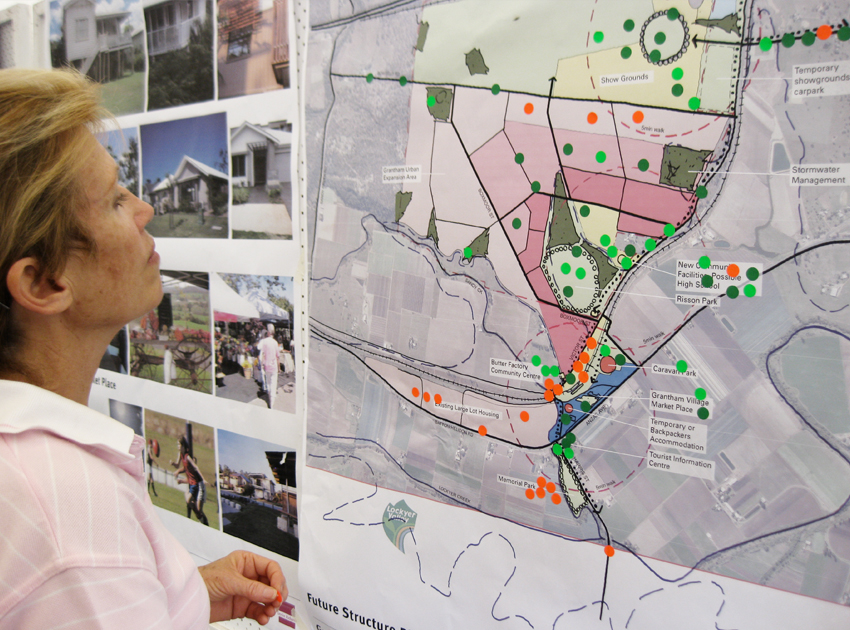 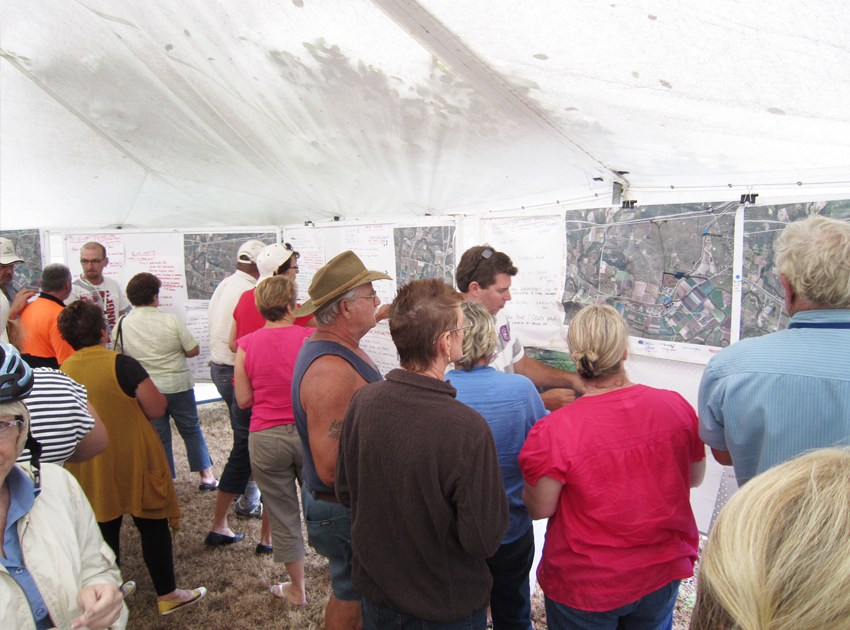 Remarkably, the planning process was fast-tracked by the QRA and work that would normally take a couple of years was completed in just four months. Deicke Richards continued to work alongside the LVRC to further establish detailed designs for various precincts in the scheme.

“This project really shone a light on the power of design consultation with communities recovering from natural disasters,” says Davies. “It is something we believe could assist other challenged communities and something we have been thinking about a lot following recent bushfire events.”

Having assisted the region to deliver a rapid, creative and strategic planning response, The Strengthening Grantham Project was recognised as a vital step in Grantham’s journey of recovery. It has garnered interest globally with researchers focused on the area of ‘managed retreat’ following natural disasters.

The town’s story of recovery and resilience is told in ‘Rising from the Flood: Moving the Town of Grantham’, authored by Jamie Simmonds, and published in February 2020 by Bad Apple Press. The book features some illustrations by DR’s Cameron Davies.